The wise ones got cold feet

Two dozen workers suffered burns after walking over hot coals on an organised work trip. The accident happened at a Swiss resort and a total of two dozen people were injured when the exercise didn’t go quite to plan! On Tuesday, 14 June at the Au peninsula on Lake Zurich, hot coal walking was on the menu for a group of workers looking to bond and have a good time.

A police report stated that twenty five people were treated for burns and another thirteen were taken to hospital to seek further medical attention for their injuries. Ten ambulances were dispatched to the resort to assist the hot coal walkers soothe their injuries. The event was put on for the Austrian marketing firm Golbach, where there were around 150 attendees.

Iris Blättle the Communications Director for Goldbach was quoted saying: “Participants in the fire did so of their own free will,”. Imagine going to a work event for some quality time with your co-workers only to then walk through fire and spend an evening in the minor injuries unit. Goldbach’s CEO Michi Frank sent out a memo saying that the fire walk was a “voluntary team activity” and that they prepared the coal fires for employees to walk through during their function as a team building exercise.

The practice of walking bare-foot over burning coals is also known as the “walk of faith”. The walk of faith or rather the walk of a little bit too much faith? No matter what, if you step on a pile of burning coals you are going to burn your feet. This activity is surprisingly popular with corporate team building trips but nine times out of ten you are going to have to seek some medical attention. Of course, this isn’t the first time team building exercises have gone wrong and resulted in some type of injury but due to the number of people injured it was a bit of a catastrophe!

Another example of a team building exercise gone wrong is when a manager took his team out to a horse farm to do some “horse whispering”, which was in an effort to improve their communication skills. I know it sounds comical but believe me this is true! The staff gathered around to begin after enjoying the delicate aroma that is horse manure and one horse got spooked and charged towards the group head first. The horse very nearly trampled some of their employees which could have caused serious injury. One of the employees at the event said, “it was a team bonding experience to a certain extent, but only because we all thought we were going to die.” 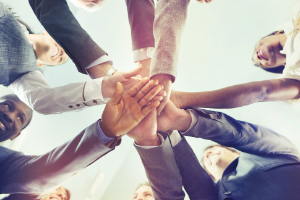 Finally, there was the boss of a Swiss telecoms company who thought it would be a great idea to arrange an unforgettable team building exercise for staff on a coach trip to an international exhibition. The manager hired two men with masks and weapons to hijack the bus enroute to the event. This was supposed to test the team’s responses under pressure but went horribly wrong when a member of the public thought it was real and called the police!

Overall, team building exercises can be a crucial part in developing harmonious working relationships, friendships and trust in each other. They can be fun and useful if done in the right capacity. Maybe avoiding fire, horses and kidnappers is a good step to take! More importantly it’s vital that you plan any such event, carry out research and a risk assessment and use trusted service providers. Here at Business Butler all of our experts have been vetted and if you want advice about running an event for your business then click