Streaming services are struggling | A blog by Business Butler

In a recent article it was discussed how Netflix has been losing their subscribers which hasn’t happened in ten years, which is leading them to consider using advertisements. You would have thought the opposite was happening with all the recent success of some Netflix owned releases, it is surprising to hear. Netflix have shed the blame onto factors including the increasing competition from other platforms, the amount of users who share their login details with friends, and the war going on in Ukraine.

Netflix haven’t only just lost subscribers for the first time in ten years but they are also set to lose more during Spring, which made Netflix’s share price crash once more on Tuesday. Their share price first dropped around 20% after the information was shared about them losing 200,000 subscribers globally within their first quarter. It was also said that Wall Street were in belief that the streaming giant would actually gain an extra 2.5 million subscribers, but of course, Netflix are expected to lose 2 million subscriptions globally in their current quarter. It is shocking to hear how many they have lost, and how quickly it happened. 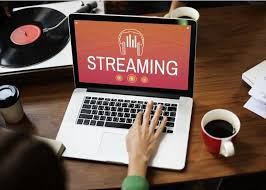 Netflix executives have said that they are considering and are open to advertising their service again and are also lowering the subscription price. Reed Hastings who is Netflix’s co-founder and chair has said to have been against having commercials and running any type of promotions. Netflix have gone on to blame; the company’s massive size, the economy, the increasing competition, the war over in Ukraine, the huge number of people who share their details for their accounts for friends or family who don’t want to pay, and also the slower distribution of broadband. Netflix also made the choice to close down their business in Russia which then cost them 700,000 new additions.

Netflix have been quoted in saying to their investors: “Streaming is winning over linear, as we predicted, and Netflix titles are very popular globally. However, our relatively high household penetration - when including the large number of households sharing accounts combined with competition, is creating revenue growth headwinds.” Recently Netflix has cracked the whip in Costa Rica, Chile and Peru with the issue of people sharing their accounts, they are expecting to grow and continue the scheme.

They have plans to try and regain their subscriptions and get the ball rolling again. Netflix said: “Our plan is to reaccelerate our viewing and revenue growth by continuing to improve all aspects of Netflix - in particular, the quality of our programming and recommendations, which is what our members value most,”. Hastings also said to investors that Netflix has always had a lot of people who use the service by using paying member’s accounts but when they were growing so fast it “wasn’t a high priority”. “There are already over 100m households that are already choosing to view the service. They love the service, we have just got to get paid at some degree for them,” Hastings said.

Room for the rental market

It leads to debate about whether or not old types of cinema will come back into the spotlight. In a recent article it was discussed that ‘there’s still a demand’ as a video shop in Bristol recently celebrated their 40th year of business. The shop is called 20th Century Flicks and they have been renting out films since 1982 and have managed to survive during the streaming era. The shop is known for having films that are impossible to find anywhere else. It is always a terrible feeling when you pay for streaming services and then you can’t find a particular film on any of them… shocking! There are people out there who very much want to support the dying form of film that is VHS and DVD.

Dave Taylor who is one of the owners said: “It does feel like a milestone,” Mr Taylor had started working for the shop 20 years ago. “It’s changed a lot but there is still a demand for what we do. People who use our service really value it and Bristol really loves its film. There are enough people in the city wanting to watch the stuff that we have.”

I lived in Bristol whilst studying in University and walked past the shop quite a lot going through Christmas Steps where it is located, it looked very quaint, friendly, and down with the kids.

Most people get that old types of consuming cinema will always be around and so will streaming services. It’s hard to say if anything will come around and take over. It is interesting to see Netflix ‘the streaming giant’ go through this as I always thought they were the favourite platform.

Netflix are not alone

CNN is closing its news based streaming service only a month after launching. Its new owner, Warner Bros Discovery (WBD) announced that it will issue refunds to subscribers after it shuts down at the end of April. The head of CNN+ has stepped down and hundreds of jobs are at risk. More than $300 million was spent on the news streaming service with the aim of generating significant revenue from streaming subscriptions. Numbers were not as anticipated and were reportedly as low as 10,000 viewers a day.

If you are interested in reading more business based blogs, then check out the Business Butler blog section by clicking here.