Issues facing the public sector | A blog by Business Butler

Figures show that public sector pay for jobs such as; teachers, NHS workers and civil servants has fallen further behind price rises in the three months to February. Some see this as the biggest squeeze for public sector pay in 20 years.

Wages for public sector workers have risen but price rises have actually ended up outpacing them. This means a 3% drop in spending power which has become the greatest drop since the 1990s. Furthermore, the wage for a private sector employee was enough to buy 0.5% less. The most recent inflation figures have shown that the rise of the cost of living is going up the quickest it has been for 30 years.

Darren Morgan who works for the Office for National Statistics has been quoted saying this about the drop in spending power: “Basic pay is now falling noticeably in real terms,”. With the most recent figures showing that the inflation has reached a staggering 6.2% in February alone, and with new data being released it’s expected to show another rise in the month of March. It’s scary to see inflation like this after learning about it so much in school History lessons! 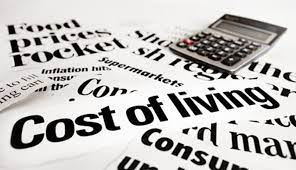 A Macclesfield recruitment consultant named Tom Southern has said he and his family have had to start cutting back due to the rise of cost of living. Mr Southern also said he has had to switch jobs to get a better salary, but it still isn’t stretching far enough. He also said: “We’re not massively uncomfortable, we have a house and two cars. But it’s the little cutbacks you have to make, it starts to add up.” Mr Southern is a father of three and also went into some of his costs. He said that it costs £1.80 a litre to put diesel into the family’s car, their energy bill used to be £69 a month and has now skyrocketed to £268 a month, and their weekly food shop at Aldi has gone from £50-60 to £80-90 a week. Mr Southern and his partner, who is a midwife, also have to put money into paying childcare costs, loans, and are planning on getting married this month which is quite a large bill to pay. “I don’t see myself as unfortunate, it’s other people I feel sorry for,” “I don’t see how single parents or people on a low wage can make ends meet.” It is definitely a worrying time!

The unemployment rate has recently fallen to 3.8% from 3.9% last month. The company Capital Economics has said that the fall in unemployment has been due mainly to people taking themselves out of work by retiring, being on long-term sick leave, or by having to look after family members who need care. Senior UK economist at Capital Economics, Ruther Gregory said that the number of people who are called as inactive has risen by 76,000 within a three month period. 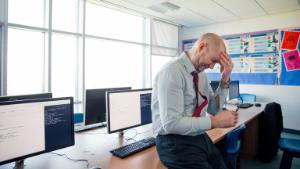 At the beginning of the week the annual rise in benefits and state pensions came into fruition. It increased by 3.1% and now in office figures it is shown that the average wage is meant to be going up by 4%. In normal times that would be substantial and fine, but due to these not being normal times it just won’t cut it. Most households are having to watch most things get pricier which hasn’t happened like this in years and years. The prices are over 6% a year and keep accelerating, even going so far to outstrip the lift in pay and benefits.

What a world we live in… It seems like every month there’s a new problem to worry about! If you enjoy reading about business based information then click here for more interesting blogs.