A positive outlook for startups in the future

Running your own business is a dream for many and for those who manage to achieve theirs the rewards can be amazing. However, as with anything rewarding it takes a lot of hard work to succeed and there are challenges to overcome and risks to consider - and the risks are significant.

Rewind two years to when one in five businesses failed in the first year of trading and three out of every five will have closed after three years. This was during a stable economic climate, prior to the Covid - 19 pandemic. With an estimated 250,000 small businesses failing in 2021, largely due to the trading restrictions caused by the pandemic, you would have thought that this would dampen peoples entrepreneurial enthusiasm. Apparently not.

Research reveals that almost two thirds of workers in the UK (64 per cent) want to start their own business. The Brits in general are known to be optimistic and this just proves it. The study was conducted by Free Agent, an accountancy software firm, and shows an increase from just over half wishing to be their own boss last year. Although only 11 per cent are looking to start up this year, another 20 per cent are aiming to start within the next couple of years. 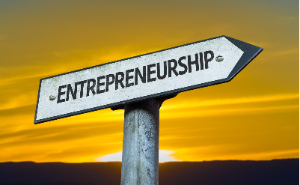 Unsurprisingly it is the younger age group who are the most enthusiastic about going it alone, with 80 per cent stating they planned to do so at some stage of their lives. These were followed by more than half of 35-54 year olds expressing a desire to run their own business; and one third of the over 55s hoping to become entrepreneurs too.

Reasons behind starting a business

The driving factors behind why people wanted to work for themselves makes interesting reading. Being able to enjoy a better work-life balance was the top reason for wanting to become self-employed, 47 per cent of respondents agreed on this. Although anybody who does run their own business knows that the hours worked, especially in the early days, are a lot longer than contracted hours as an employee, so many may be in for quite a shock.

This was followed by simply wanting to be their own boss and having the freedom to be able to decide what work they wanted to do. The next most popular answers were a passion for doing so and to feel a greater sense of achievement. Surprisingly, to earn more money was not one of the top motivating factors to starting a business.

The survey also revealed that although almost a third thought self-employment would allow them to work around family commitments, there was a big difference in the split between gender. Only 24 per cent of males believed this in comparison with 35 per cent of females. The flexibility aspect of running a business was deemed more important by the younger respondents; 37 percent of 18 -34 year olds, compared to 29 per cent of 35 – 54 year olds, and just 15 per cent of the over 55s.

The impact of the pandemic

Although Covid-19 hasn’t quelled the enthusiasm of budding entrepreneurs, it has affected their planning with regards to when to start a business. The pandemic has meant almost half (49 per cent) have decided to delay their start date. Surprisingly, 27 per cent of respondents have brought their plans forward because of Covid – 19; and 24 per cent said it hadn’t affected their business plans whatsoever. 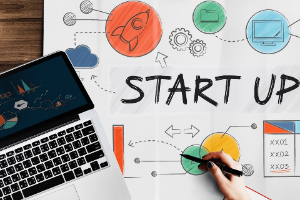 There are various business areas that concern people about starting out on their own. In fact, nine out of 10 wannabe entrepreneurs are burdened with trepidation. The biggest concern was the financial cost involved and affects 51 per cent of respondents. Dealing with tax issues including VAT, Making Tax Digital and National Insurance is next with 39 per cent. Worrying about complying with business regulations was another concern for participants in the poll. Other worries raised were uncertainty about being able to manage business finances and a lack of government support for freelancers and small business owners.

It’s only natural to be apprehensive when starting out on any new business venture but it is important that those concerns shouldn’t hold you back from realising your dreams. Here at Business Butler we have a wide range of verified experts covering numerous key areas including Finance, Tax and Business, to help make your journey to becoming your own boss as worry free as possible.