In a recent article pub landlady Maggie Holmes said that businesses and customers are going to suffer due to the rising energy costs. Small business owners in a village in North Yorkshire have said that they have had no choice but to raise their prices due to the cost of bills. The rising energy costs will affect everyone’s pockets it seems! It has been said that millions of people will be forking out more for their gas bills despite Ofgem, the energy regulator, having a 54% price cap increase in place. 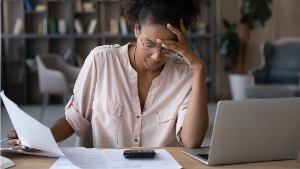 Not only have gas prices risen but so has the cost of living with inflation soon expected to be around 7%. Landlady Maggie Holmes who runs a pub named The Oddfellows Arms in a village near Leeds has said in a recent article that she is fearing for the future of her business. She has been quoted saying:

Paying £40,000 a year to run a pub in a small village does seem very excessive and could most definitely affect the pub in the long run. Holmes was also quoted saying,

“The prices for beer - throughout the industry - will have to go up by at least 10%, which is something that has to be passed on to customers, unfortunately, because it’s a lot of money to find.” Furthermore, she said that the price of a pint of premium lager would be “going up to nearly £5”, which is most certainly a lot to pay for a pint in some places. Holmes, understandably, has fears that the hospitality industry is going to suffer as people’s disposable incomes will most probably drop. Her business was already suffering from strain from losing out on £30,000 over the course of the Covid pandemic.

Wayne Jackson who runs a family-owned butchers is said to be facing “astronomical” overheads. His business dates all the way back to 1873 and is located down the road from Ms Holmes’ Oddfellows Arms in Sherburn in Elmet. Mr Jackson said he had to pay double for his energy bill in April! He said the rising energy costs are causing his “astronomical” overheads and is worried that the spike in costs may move onto his customers.

Anthony Chapman who is a director of a factory that makes PPE and workwear said he was in shock as his gas and electricity bill had risen by 247%. He has been quoted saying, “It’s ridiculous. Last year it was £2,300, this year it’s £8,100. That increase is just not acceptable,”. “Until we find a solution to this, we can’t progress. Quite frankly, it’s not on. Something needs doing.” Mr Chapman is right, small businesses are in deep trouble of falling under hard times with these crazy energy costs! If the rising costs leak onto customers then they aren’t going to be as inclined to purchase certain products and will look for cheaper solutions. Small businesses are in danger, the energy cost spikes need to be controlled. 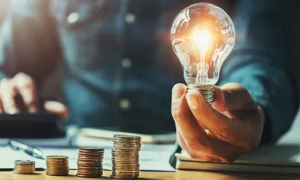 Recently Chancellor Rishi Sunak announced support measures worth £350 per household through a council tax rebate and also some money off energy bills. Critics have said that more than half of the money was effectively just a loan which would need to be paid back starting 2023. Businesses remain in the dark as to whether or not any extra help will be offered to support them. In a recent statement, the Department for Business, Energy & Industrial Strategy said they were “in regular contact with Ofgem, business groups and energy suppliers” to see what support would be best to help out the businesses in need. A spokesperson of theirs said: “We have backed businesses throughout the pandemic with an unprecedented package of support, including VAT cuts, business rates holidays and government-back loans worth around £400bn.” “We will continue to stand firmly behind them,”

It is a scary time to be running a business, or to even be a customer in one! The rising energy costs is a hard pill to swallow, but hopefully they will calm down soon and lower. The support packages being put in place for small businesses and customers will help, but will it be enough? Let’s hope so and keep our fingers crossed that the cost of bills will lower within the upcoming future!