More businesses are switching to a four-day working week

There is no doubt that the world of business and the working environment have changed considerably since the pre-Covid-19 pandemic days. First there was the mass migration to homeworking, then a fragmented return to office based work and now many companies have adopted the hybrid model which offers workers the best of both.

Reducing hours but not salaries

The latest change that is starting to gather pace is a move away from the traditional five-day working week to four days. You might think that this is nothing new because there have been four-day working weeks during other periods of economic hardship. They were different because the purpose behind decreasing the number of weekly hours then was to save companies money by reducing overheads. The current drive towards working four days a week does not mean a reduction in salaries but increasing the number of hours worked over four days to accommodate a three-day weekend. 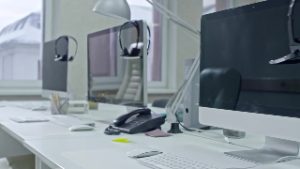 This is proving to be popular with SMEs but some bigger companies are adopting this radical change to their working hours too. Atom Bank is the largest UK business to switch to a four-day week without reducing salaries.

This challenger bank was established in 2013 and the majority of its 450 workforce voted in favour of moving from a five-day, 37. 5 hour week to a four-day, 34 hour one.

Many believe that the standard five-day working week is antiquated and not suited to modern businesses. Mark Mullen, Chief Executive of Atom Bank is one who supports this theory and says:

“We believe the 20th century concept of a five day week is, in many cases, no longer fit for purpose for 21st century businesses. Its introduction originally allowed for the establishment of the weekend, with all the benefits for employees this entailed. At Atom, we feel the time is right for the next evolution in the world of work.”

There are fears that the four-day week will lead to a decrease in productivity with people winding down on a Thursday afternoon instead of Friday. But Mullen believes by giving employees more leisure time to spend on what they are enthusiastic about, productivity will increase. The switch will favour certain sectors over others, as Mullen explains:

“While we appreciate a four-day working week will not be right for all workplaces, the move to working from home has proved that working practices that may have seemed years away can be introduced rapidly.”

Monday or Friday will probably be the days off for workers at this digital bank, giving them the luxury of a three-day weekend. 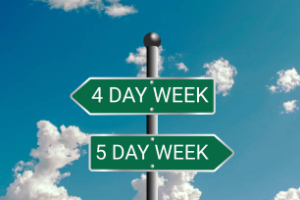 What is happening elsewhere?

The UK is not the first country to consider such a radical change. The largest trial into reduced working hours was conducted in Iceland between 2015 and 2019 and deemed to be an enormous success. Workers were paid the same salary for working fewer hours and productivity either stayed the same or increased.

The findings from the trials led to trade unions renegotiating working schedules, resulting in 86% of Iceland’s workforce switching to shorter hours for the same pay or gaining the right to shorten their hours for the same salary. The trials highlighted several benefits of a four-day week including workers feeling less stressed and reducing the risk of burnout. Their wellbeing improved along with their work-life balance because they had more time to spend with their families, increased leisure time for hobbies or to work on household chores.

The Scottish government has pledged £10 million to trial a four-day week after research indicated there was significant support for the project. The pilot scheme will recruit office-based businesses to experiment with a shorter working week without reducing salaries.

Ireland has also announced it will be launching a six-month pilot test programme in January 2022. Moving further afield, there are numerous other trials being carried out in Spain, the USA and New Zealand.

Companies that have been actively involved with trialling a four-day working week include Unilever in New Zealand in collaboration with Sydney’s University of Technology (UTS) Business school who are monitoring performance results. Microsoft reported a 40% increase in productivity during their pilot scheme held in Japan in 2019. However, the reduced working week isn’t for everyone. The Wellcome Trust, a science research foundation quashed plans to trial a four-day week for its 800 head office staff in 2019, stating that it was ‘too operationally complex’ to implement.

Politicians have also been involved with the discussion and Labour even suggested plans for a 32-hour working week with no loss of pay in their 2019 General Election manifesto. 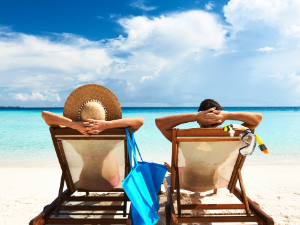 Along with a host of benefits for workers, campaigners for the four-day week believe the switch will have a positive effect on the environment. There will be less commuting, which according to environmental organisation Platform and the 4 Day Week Campaign could potentially reduce the UK’s carbon footprint by 127 million tonnes. As well as taking 27 million cars off UK roads during rush hour, it is hoped the additional free time would help people make positive environmental choices. People who are not in a hurry will choose to walk more often instead of drive, and spend more time cooking with fresh ingredients instead of opting for the convenience of a ready meal.

Whether we will witness the biggest change to the working week since the two day weekend was introduced more than 100 years ago remains to be seen. But to continue working 9 – 5 from Monday to Friday in the pioneering digital era just because we have always done so does seem rather archaic.