Running a business is difficult at the best of times and there are always challenges to overcome. One such recurring challenge that small business owners face is that of late payments and recent research reveals that the issue is reaching crisis point.

The Federation of Small Businesses (FSB) has said that more than 440,000 small firms could go out of business because of late payments and has asked the government for urgent intervention to ensure that improvements are made to the way businesses are paid. 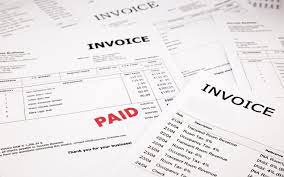 Although this is an issue that has always hindered business owners, there is growing concern because the problem is escalating. In a survey of more than 1,200 small businesses, just under a third (30%) said that the late payment of invoices had increased over the last three months. An alarming 8% warned that the issue was so severe it is threating the survival of their business.

Anybody who has run a small business will have endured the frustration of chasing late payments from bigger companies who have an arrogant attitude when it comes to paying smaller firms. A small business owner still has to pay staff wages, suppliers and other overheads on time, but is forced to wait months before receiving payment for work they have carried out.

The FSB stated that more than 400,000 small businesses have already ceased trading since the beginning of the pandemic, for a variety of reasons. This figure alone is staggering but when you consider that a similar number of firms face closing because of a delay in payments then the scale of damage would be devastating.

“Late payment was destroying thousands of small businesses even before the pandemic hit – the pandemic has made matters worse. In the past, the government has rightly identified greater board accountability as key to spurring change in this area, but delivery has been slow.”

Small firms account for a total workforce of 13 million people in the UK and Cherry said they faced several different challenges, and added:

“Today, it’s a fresh wave of admin for importers and exporters – in three months’ time it will be a hike to the jobs tax, that is national insurance contributions, a rise in dividend taxation, business rates bills and an increase in the national living wage. On top of that, operating costs are surging – many will soon be trying to strike energy deals without the clout of big corporates or the protections afforded to consumers.”

The FSB believe that every big business and government organisation should follow a prompt payment code where 30-day payment terms are “the norm for those who are committed to environmental, social and governance best practice.”

Additionally, it wants a non-executive director on the board of every large UK corporation, with responsibility for payment culture within that company. 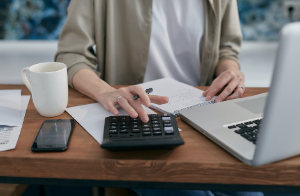 The FSB survey also revealed that most small business owners were pessimistic about the future and expected performance to decline further over the next three months. Due to consumers reluctance to risk exposure to the rapidly spreading Omicron variant, the sectors fearing the worst included retail, accommodation and food.

Images by the press of empty high streets leading up to Christmas, along with escalating energy costs and staff absences have all had a negative effect on the sectors. Many firms have closed because of the increasing energy crisis - businesses are not protected by the price cap implemented by the regulator Ofgem.

Other findings included businesses importing goods from the EU now have to complete additional laborious paperwork. New regulations state that businesses must notify customs authorities of specifically what is being sent to the UK and from where. These rules were supposed to start in 2021 but were waived until now.

A spokesperson for the government announced:

“The government is making significant reforms to help small businesses get paid on time, including halving the payment period in the prompt payment code and consulting on fines and other new powers for the Small Business Commissioner.

“There is plenty of support available to ensure small businesses are well positioned to comply with UK border processes, including one-to-one advice through the Export Support Service.”

Action needs to be taken immediately to ensure that companies prioritise payments to small businesses instead of putting them at the back of the queue. Surely as the lifeblood of the economy, the more small businesses trading, the better for everyone.