Is Amazon the new friend of small buisnesses?

Is Amazon the new friend of small businesses?

Amazon is a company that divides opinion more than probably any other. This behemoth American corporation has grown at an astronomical rate since Jeff Bezos started selling books from his garage in 1995.

In its quest for global domination Amazon has consumed everything in its path and has been blamed for the closure of thousands of businesses worldwide. The majority of these have been small brick and mortar businesses but even the bigger department stores have suffered from what is known as the Amazon effect.

During its early years, the trailblazing company endured wave after wave of negative publicity and the PR department at Amazon had to work overtime to alter people’s perception regarding the way the online retail giant was going about its business. These days, however, public opinion might be changing and the PR team can relax a little, because statistics recently released by Amazon paint a different picture. 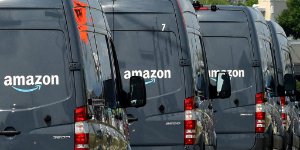 Amazon has published the 2021 UK SME Impact Report which makes for some pretty interesting reading. The report states that small and medium-sized enterprises (SMEs) currently selling on Amazon have created 175,000 jobs throughout the UK and generated a staggering £3.5 billion in export sales last year.

There were more than 14,000 SMEs selling on Amazon that surpassed £100,000 in sales and 1,000 of those made an impressive £1 million in annual sales. Worldwide figures indicate there are an astonishing 20,000 millionaire sellers. The top selling categories for products sold by SMEs in the UK were Home, Health & Personnel Care, Toys, Apparel and Beauty.

Another notable statistic to come out of the report is that 60% of all product sales on the Amazon site in the UK are from independent sellers, the majority of which are SMEs. In total there are more than 65,000 UK based SMEs selling on Amazon and they are reaching customers worldwide. This is something that the vast majority of those SMEs would not have been able to achieve if they weren’t selling partners with the world’s largest online retailer.

Looking at those figures, few could argue that Amazon doesn’t benefit SMEs and in turn act as a fillip for the local economies of towns and cities throughout the UK. There are 8500 SME selling partners in North West England that accounted for more than £450 million in export sales last year. The same figure was achieved by sellers in the Midlands, while those based in Yorkshire and the Humber completed £150 million in sales. The benefits are far reaching and rural communities are also reaping the rewards.

In the 12 months to February 2021, more than 150,000 rural businesses achieved sales in excess of £250,000 on the platform. Within that number are 60 rural businesses which reached the magical £1 million in annual sales on Amazon, almost a third of those are based in rural Scotland.

Amazon equips startups, entrepreneurs and small business owners with an array of tools and services needed to help them succeed, including Amazon Launchpad and Amazon Small Business Accelerator. There is also a host of other business opportunities available, from running delivery and logistic companies to publishing books, creating voice apps and using the cloud to launch and scale their businesses. 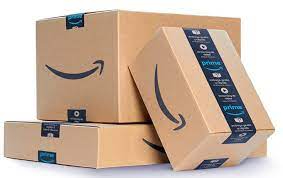 Amazon is also one of the biggest employers worldwide and its UK workforce currently stands at 55,000 people across its 20 fulfilment and development centres. All of which means Amazon is a key driver in boosting the UK economy.

Let’s not forget that Amazon is still facing severe criticism relating to other serious issues including tax avoidance and the wellbeing of employees, but they are for another blog on another day.

The criticism Amazon used to face as being a corporate giant with a voracious appetite for growth at all cost, regardless of the consequences for other businesses, may no longer ring true. After all, the figures from the 2021 UK SME Impact Report make for positive reading and maybe Amazon should no longer be viewed as the nemesis of small businesses but more of a big brother.

For help and support for your business, please click here.