How much will the National Insurance rise cost your business? | A blog by Business Butler

How much will the National Insurance rise cost your business?

The Government is planning a £11bn National Insurance tax rise to pay for social care. It looks like it has the capacity to cause strain, hurt the economic recovery and create more unemployment. Mr Kwarteng, Secretary of State for Business, is said to be worried about the tax rise as he believes it could reduce the numbers of hiring as the cost of each staff member for companies will be higher and harder to maintain.

This is meant to be coming in despite that last summer it was said that the National Insurance tax wouldn’t be increased and was a manifesto pledge. If this change happens, employers and employees will each have to pay an extra 1.25 percent in tax. Economists have issued warnings that the £11bn NIC (National Insurance Contribution) will most likely stifle future job opportunities and also create more unemployment. Continuing, it has been estimated that it will cost employers around £6.5bn and employees would be paying £4.3bn on top of that, which is a staggering amount of money. 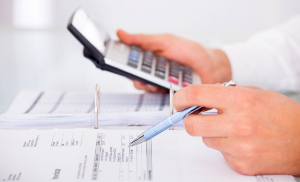 With the tax increase it would definitely make it harder for small businesses to operate and take on new employees. The Federation of Small Businesses has warned that more than 50,000 jobs in UK small businesses could be at risk for failure with the National Insurance rise, if this was to happen it would cost British SMEs around £5.7bn alone.

Rishi Sunak is understood to be on the side of favour with the increase which has been said will pay for social care. There have been figures which show that Sunak’s headroom has increased due to the UK Government borrowing far less than which was forecast last month. Sunak has been said to be aware that if the rise is delayed it will become harder and harder to introduce the concept at the next general election.

Even though it has been said that the National Insurance rise can be delayed, it seems the politically driven plans to go ahead with it are still in fruition. A senior official who previously vetted the Treasury’s tax rise plans has said that Chancellor Rishi Sunak can actually afford to postpone the plans to later than April. Furthermore, Sir Charlie Bean, who has recently left the Office for Budget Responsibility said that the plan for the tax rise to come in immediately may be more politically charged than economic.

The National Insurance rise will be taxing the average worker around £250 a year and will also be raising costs for firms that hire staff.

Sunak has maintained that his priorities lie with shrinking the deficit, he went on to say that that will require “hard work, prioritisation, and the willingness to make difficult and often unpopular arguments elsewhere.”

Sir Charlie Bean went on to say: “There is no problem in the UK borrowing several billion pounds for one extra year. What you can’t run is sustained large deficits, but the pace at which you close a deficit is basically a political judgement,”

The rise breaks a manifesto pledge and also will be the highest burden of tax since the 1950s. Which is scary to think at the same time how much petrol prices have been hiked up in recent times! There have even been critics in Sunak’s own party with MP Sir John Redwood saying he fears the rises could “sandbag” the recovery. 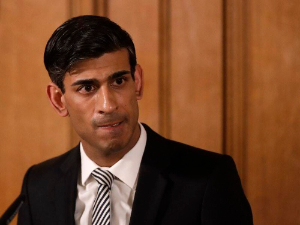 No reward for loyalty

It is a worrying time to be a small business owner or to be involved in an SME as this rise could be quite detrimental. It is a punch in the gut after small businesses had to go through so much all the way through the pandemic just to survive and make ends meet.

The chairman of FSB Mike Cherry said, “Business owners who have done all they can to retain and support their staff during the endemic are now being punished for that loyalty with an £11bn increase in NICs, which essentially serve as a jobs tax.”

The chief executive of the British Independent Retailers Association Andrew Goodacre said, “Of all the options available to the Government, it is disappointing that the increases in National Insurance have been chosen because of the impact on lower paid workers and small businesses … despite all the positive economic data, this recovery is still very fragile”. There have been a lot of disagreements over the £11bn National Insurance hike, so let’s keep our fingers crossed and hope to hear some good news for small business owners and SMEs alike!