Is the four-day working week the way forward?

It started with working from home, now the four-day work week, what other unfathomable changes will the Covid-19 pandemic enforce onto the business world?

The four-day work week has been discussed in a bid to measure whether or not it will boost productivity giving employees a longer weekend. Workers would still be paid the same as their five-day work week but would have more time to recharge their brains, it sounds pretty good right? Who wouldn’t like a longer weekend?

A success in Iceland

There have been debates for years about whether implementing a shorter work week would boost productivity and help the well-being of workers. Due to the Covid-19 pandemic it is looking more likely that it could be a possibility. One of the world’s largest trials in Iceland during 2015 and 2019 trying out the four-day work week found “overwhelming success” which then went on to push the UK to try the pilot. 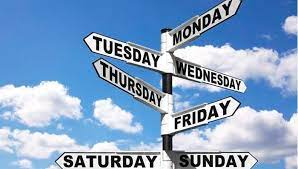 Trial in the UK

There are around 30 companies in the UK that are taking part in the trial. The pilot scheme is being run by ThinkTank Autonomy and researched in Cambridge University, Oxford University, and Boston College. The pilot is to measure whether or not employees can operate at one-hundred percent productivity for eight percent of the time.

Joe O’Connor the pilot programme manager for 4 Day Week Global says “More and more businesses are moving to productivity focused strategies to enable them to reduce worker hours without reducing pay.” He also added “The four-day week challenges the current model of work and helps companies move away from simply measuring how long people are ‘at work’, to a sharper focus on the output being produced."

Many companies have tried it and found the results to be pleasing. Japan’s camera company Canon said they were considering a four-day week pilot for their 140+ staff to see if it boosted productivity. Furthermore, Microsoft tried it out and saw their productivity go up by 40 percent, which is phenomenal all things considered.

It could end up revolutionising the work week as we know it. Companies could see a higher level of productivity and workers would be able to make more time for their families and personal lives. It would be nice if it does work and sticks in place, but would all employers agree with the changes?

Some oppose the change

There are pros and cons to this but so far the outlook on it is positive as it has already enhanced some businesses rather than held them back, but there is a long way before it becomes the everyday-norm. Around 30 percent of companies say they would never consider it, but the other share of companies who say they would have gone up from 17 percent to 20 percent. 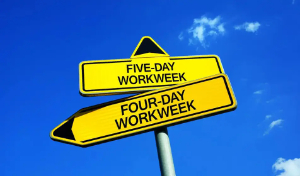 I’ll leave you with some questions:

Would you like to see the four-day work week come into place as a standard work practice?

Would it work out better in the long-run for companies?

Would it improve the general wellbeing of employees' mental health?

Perhaps in today’s climate it’s not too hard to imagine a world with a three-day weekend. If you are interested in reading more business information blogs, go check out the Business Butler website’s blog section by clicking here.