The self-employed could be facing a pension crisis

Being self-employed sounds attractive and there are several advantages when compared with working for someone else, such as greater flexibility with your working hours and not being answerable to anybody. However, there are also disadvantages, one of which is the fact that pension payments are solely down to you. There is no employer contributing to your pension pot, so in simple terms, if you are self-employed and you want to enjoy the same standard of retirement as an employee, you have to put away more money every month than they do. 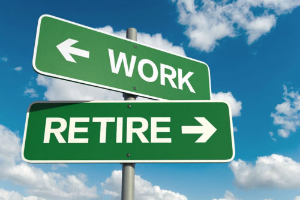 Pension contributions at a record low

Alarmingly, figures recently released by HM Revenues and Customs (HMRC) reveal that self-employed pension savings have fallen to a record low – these statistics cover the period before the coronavirus pandemic took a vice like grip on the economy.

In 2018/19, the self-employed paid £1.15 billion into personal pensions. This figure dropped considerably to £830 million in 2019/20. Numbers aren’t available at the moment to highlight the effect the pandemic has had on the annual personal pension amount. Because the self-employed have suffered more than most recently as they couldn’t access government support, it is reasonable to assume that this sum has plummeted even lower.

This is not a recent phenomenon, figures released by HMRC reveal that personal pension payments by the self-employed have been falling for the past 20 years. In 2001/02, £2.5 billion in contributions were paid by the self-employed, but the annual amount has remained under £2 billion since 2012/13. This is despite the fact that the number of people joining the gig economy has increased during that same period.

According to data from the Office for National Statistics there were 2.3 million people self-employed in 2000 and 5 million at the end of 2019. Although there are no official figures available for today’s number of self-employed, industry specialists estimate it to be closer to 4.5 million people.

The self-employed are vital for the UK’s economy

It is often said that the self-employed are the lifeblood of country’s economy and with so many affected it is understandable why some see this as being the next major pension crisis. 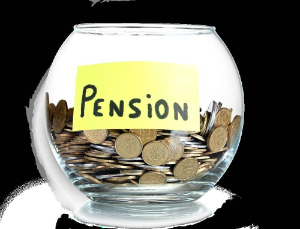 Financial adviser website Unbiased, recently carried out a survey of self-employed workers and the findings, although expected, were nevertheless troubling. The results indicated that half of those questioned who had been contributing to their pension plans prior to the pandemic had either stopped paying or reduced their payments because of the effect of the lockdowns on their business.

When businesses are hit hard financially and budgets diminish then it is understandable that someone who is self-employed has to take immediate action by reducing costs and spending in order to alleviate the hardship.

Pension contributions are often the first to suffer because they are not compulsory and to the majority of the self-employed retirement seems a long way off. The financial difficulty caused by the pandemic, even though it seems like it has lasted ages, is short-term compared to the length of a career. It is also easy to believe that as soon a business is out of the woods they can start upping the amount of their pension payments to make up for lost time or in some cases at least resume paying into their pots again.

There are talks that the government needs to take action by extending the principles applied to auto-enrolment for employees to the self-employed and that it has neglected the cornerstone of the UK labour market - whether they do remains to be seen.

If you are self-employed and worried about your pension, then the sooner you seek help the better. For advice from one of our Pension Experts please click here.