Record numbers of retirees are returning to work

Most people work hard throughout their career with the aim of being able to enjoy a comfortable retirement and if everything goes according to plan then maybe retire a few years earlier than the state pension age. However, nothing is straight forward and life is full of surprises, some pleasant and others not so. The current economic crisis couldn’t have been predicted when workers approaching retirement age were planning on quitting their jobs for good.

The devastating effects that lockdowns had on businesses during the past two years have been well reported. Many enjoyed the novelty of working from home (WFH) and it also gave them the opportunity of self-reflection and time to revaluate their lives. This led to tens of thousands of workers resigning and taking the bold steps of working for themselves. 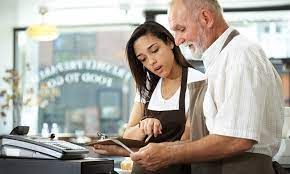 One lesser known fact is that as a result of the pandemic tens of thousands of workers decided to retire sooner than originally planned. However, with inflation rising, spiralling energy costs and the cost of living soaring, thousands of retirees are being forced to return to work to make ends meet.

Growth in retirees since pandemic

According to research carried out by the Office for National Statistics (ONS), there are more people aged 50 or over in the UK either in work or looking for work compared to figures before the pandemic.

The data revealed that during the past 12 months 116,000 more people aged over 50 were working or looking to work compared to a year ago. This increase in economic activity was not anticipated and is likely to increase during the months ahead.

When you breakdown this figure, 66,000 of them were aged over 65 and just over half of these were women. The research indicates that the growth in numbers is caused by retirees returning to work as opposed to people in employment working longer. Stuart Lewis, chief executive of Rest Less, a digital community for the over-50s said:

“People who thought they could retire comfortably during the pandemic are having to unretire and find work again to bring in extra income and top up their pensions while they still can.”

“Increasing numbers of retirees are feeling poorer than they’ve felt before, with consumer confidence at a record low and purchasing power eroded on a monthly basis. All this is driving the trend of unretirement.”

Lewis believes the unstable financial markets have led to fear and uncertainty among people and their perceptions of retirement income in the future. He also thinks that the one-off suspension of the state pension triple lock last April means the state pension only increased by 3.1% compared to inflation rising to 9.4% earlier this summer. When you take all of these factors into account “It’s no surprise that people are looking at ways to make additional earnings,” he concluded.

Charity director at Age UK, Caroline Abrahams, understands why retirees were “scrambling to return to work in an effort to shore up their finances against the storm” and continued:

“Judging from what we’re being told at Age UK, many older people are looking ahead to the winter with extreme trepidation.

“With inflation high and rising we can see why: the prospect of scrambling to afford to keep the heating on is truly frightening.

“Carefully laid retirement plans, which looked economically sustainable a year ago, are now shot to pieces and that’s a huge disappointment if you’ve been looking forward to a rest and the chance to enjoy yourself after many years of working.” 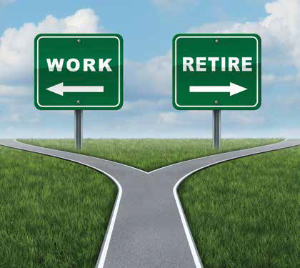 One in three consider returning to work

These figures are also reflected in a poll of Rest Less’s retired members, where 32% would contemplate returning to work. Approximately 70% of retirees already returning to work declared it was for financial reasons.

With inflation hitting 10% and expected to climb further to 13% this winter there will be more retirees forced into making the journey they never thought they’d have to return to again.

If you have any pension queries or would like help to ensure that you only have to retire once, click here