Bureaucracy. The word alone is enough to make you shudder.

But we’re here to tell you it doesn’t have to be that way.

Yes, ok, we get it. When you think of bureaucracy you immediately picture a sour-faced public servant, begrudgingly following overly complicated processes, that, let’s be honest, are only making his/her life harder.

And, as an additional (joyous) bonus, all common sense is probably being chucked out in the process, in favour of ‘circling back’, ‘blue-sky thinking’ and ‘giving 110%’. (Not possible, by the way).

What business leaders need to know is this: bureaucracy is a (if not the) cornerstone of business, and it not only matters, but works. (Disclaimer: when executed properly).

But there’s the rub: Before we get onto Max Weber’s theory, it’s worth saying that he (a nineteenth-century German sociologist), would likely be horrified by the flexible working, collaboration and creativity that run rife in the offices of today.

And it can’t be denied that all those things are serving most of us fairly well. So, while Weber and his principles are extremely important, relevant and applicable, they have their place. 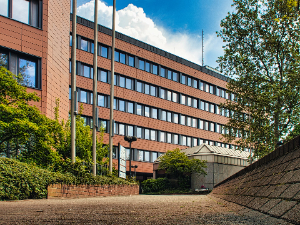 Because these days we’re all for a bit of doing things a bit differently, taking a few risks and working in new, innovative ways (sorry Weber). Regardless of that though, the fact remains that much of our working practices still started with him and his theories, so we think it’s important to know how those came about.

Weber came of age at a time of seismic shifts in the workplace (he was born in 1864). Gone was the golden era of small family-run, farm-style set ups – large factories had arrived, and Weber was watching closely.

The issue though, as he saw it, was that favouritism and ‘particularism’ (a well-worn sociology term) held sway over large swathes of the business. The few ruling over the many, if you will.

This, he said, was threatening to undermine and ultimately bring down the whole “machine” of the organisation. The existing way of doing things just wasn’t …rational. And while it might have worked for smaller operations, it didn’t make sense for the (increasingly large number of) emerging larger companies.

So, in response, Weber seized upon a little-known concept: bureaucracy. Because to his mind, bureaucracy (which wasn’t an invention of his making, but certainly wasn’t widely known, let alone implemented) could vastly improve the performance of businesses the world over, and everyone needed to know about it.

To make sure that happened, he turned the concept into six underlying principles, which we would argue are as relevant today as they were in 1905 (the year he came up with them).

There is a chain of command, and everyone knows who they answer to. Those up the chain hold the power, as opposed to one (or a couple of people) at the top and everyone else underneath. This wasn’t new – the Romans did it, somewhat famously – but this is an important part of Weber’s Bureaucratic Theory.

In other words, giving tasks and responsibilities to those best equipped to carry them out. Having departments to tackle certain strands of an organisation’s functions – accounts, IT and marketing – is so commonplace nowadays, (thanks, arguably, to Weber) because it results in productive, efficient businesses.

Weber believed that the highest-functioning organisations were those where all working relationships were strictly professional. Today, we recognise the huge value in team building and connections, but Weber argued that keeping relationships ‘business only’ helped decisions to be made based solely on evidence and critical thought, without any semblance of bias. 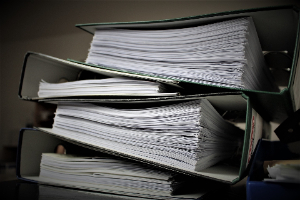 When people have a clear role and are using their best skills to good use, they’re happier – and the organisation is healthier too. Weber believed that an employer has a responsibility to match the right job to the right person. Career paths, he said, would allow people to develop over time and boost their motivation – something Maslow and McClelland later promoted the importance of too.

A business will struggle to retain staff if the recruitment and promotion process isn’t fair and consistent. To that end, Weber advocated a process whereby people can apply for a job, interview for it, and someone is selected from that pool of applicants. It might sound obvious, but back in the day this was far from the norm’.

A lesson for leaders

As you can see, we’ve got a lot to thank Weber for. His principles make leadership fairer and more consistent, and ensure that everyone knows what their role is.

But even Weber recognised that bureaucracy’s coldly rational and rules-based approach could hamper individual freedoms, building what he described as a soulless “iron cage”. So maybe he wouldn’t be as horrified by our ‘new normal’ as we think he would.

Either way, we see it like this: while bureaucracy gives an idyllic blueprint for a hyper-efficient business, people will always be the most important part of any organisation. The best business leaders strive for a balance between finely-tuned efficiency and compassionate flexibility, which is exactly what we try to encourage.

Granted, it’s not always an easy tightrope to walk, but it gets easier with the right support, from those who really ‘get it’ and have been there.

You can find out more about the benefits of leadership coaching for your business by arranging a free consultation with a Business Butler expert.

Business Butler is an on-demand talent platform that connects users with a panel of vetted business experts who specialise in a range of disciplines including marketing, law, finance and human resources. To find your ideal expert, click here.