Great news for online shoppers | A blog by business butler

New rules have been put in place to make fake reviews online illegal. As a result people are going to be more protected from fake reviews as well as subscription traps, with new plans to tackle rip-offs head on. Part of the plan that has been proposed is to make it “clearly illegal” to pay anyone to write or post reviews that are fake. Furthermore, there are plans to fine firms up to 10% of their global financial turnover for utilising bad business practices.

A group within the industry has gone on to say that the plan for the new rules shouldn’t put “any further unnecessary burdens on businesses”. I can see their point of view but personally I believe that it will do more good than bad, if the plans can help decrease the number of people who get scammed then it must be a good thing! 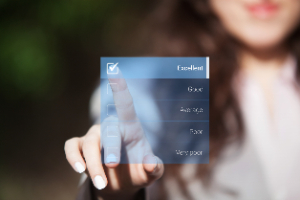 According to the Government the average UK household spends around £900 each year after being influenced by online advertisements and reviews. The average UK household also spends around £60 on “unwanted subscriptions”, it is strange to think that households will continue to pay for an unwanted service instead of getting rid of it. It borders a hoarders’ mindset, working under the assumption that you might need it.

Onus on websites to verify reviews

There will also be new laws against the act of offering to write a business fake reviews and also commissioning them. Websites hosting their customer reviews will also need to take the correct steps to check they are genuine. The travel review website TripAdvisor said their operations “are geared towards identifying, blocking and removing fake reviews”.

“The most direct way to protect consumers from biased and inaccurate information is to focus public policies and enforcement on the bad actors,”.

Trustpilot have been quoted in saying that it “welcomes legislation introduced with the aim of protecting consumers from fake reviews and they are “continually working to ensure we are taking appropriate action against attempts to manipulate reviews on our site”.

The Government is also thinking about bringing in new rules against “subscription traps”, which is when a business makes it very difficult for a customer to leave their contract. Companies will have to give glass clear information to their consumers before they sign to join a subscription contract. Companies will also have to send reminders to customers when a lower costing introduction deal or free trial is coming to an end. This is to make sure customers can leave contracts in a “straightforward, cost-effective and timely way”, said the Government. 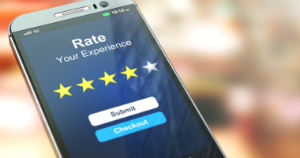 Paul Scully, who is the small business minister, has said that consumers deserve to be better treated and the majority of company’s doing the “right thing” deserve “protection from rogue traders undermining them”.

He also went on to say: “No longer will you visit a fiver star-reviewed restaurant only to find a burnt lasagne or get caught in a subscription in which there’s no end in sight,” If the Government’s proposals are made into laws then prepayment schemes such as Christmas savings clubs will have to safeguard their customers money fully throughout trust accounts or some type of insurance. The shoppers savings clubs where you pay for services and goods in instalments throughout a year, aren’t currently covered by the Financial Services Compensation Scheme. But, under the new proposals if the company goes bust the shoppers’ money will still be protected.

It is an interesting time, seeing people’s negative reviews being blocked, seeing the good come into certain policies surrounding the authenticity of reviews, and also the audacity of subscription service scams being under fire. If you are interested in reading more topical business blogs click here.