Patience truly is a virtue for thousands of small businesses owners

Patience truly is a virtue for thousands of small businesses owners

Tens of thousands of small business owners across the UK thought 2021 had got off to the best possible start when a ruling made by the Supreme Court in January found in their favour regarding insurance payments to cover losses caused by the first national lockdown.

The fact that business interruption insurance policies were going to pay out was welcome news during the most difficult economic period in modern times. This was such an important decision because it meant that many businesses could continue trading and wouldn’t have been able to do so without this money. However, almost three months later and the vast majority of those business owners are still waiting for payments from their insurers. 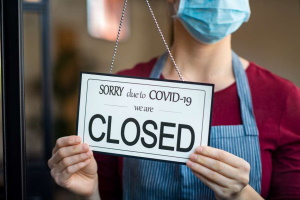 How did we get here?

Many insurance companies refused to pay their clients, stating that their policies did not cover losses from a pandemic. Insurance contracts usually contain exclusion clauses, highlighting what events aren’t covered by the policy and this is where the ambiguity arose. Policy holders believed their businesses were covered for loss of earnings caused by closure due to a pandemic and insurance companies refuted this.

As the number of dissatisfied business owners escalated, the Financial Conduct Authority (FCA) got involved and decided to launch legal proceedings against eight insurers including Argenta, MS Amlin and Hiscox. The FCA asked a judge to rule on whether the loss of earnings endured by 370,000 businesses throughout the UK would be covered. The insurance companies argued that business interruption policies were null and void because Covid was not officially recognised as a disease at the time when the policies were taken out.

Last September the court ruled that some insurers were liable to pay out in the majority, but not all, of 21 different types of policy wording that judges examined. The insurance companies were not satisfied with this decision and believed only the most specialist policies provided cover against such unprecedented circumstances and therefore, appealed to the Supreme Court. Then on 15 January 2021 the Supreme Court also found in favour of the small businesses, much to the relief of thousands of small business owners throughout the UK.

What is happening now?

Although business interruption payments totalling £500 million have been paid to policyholders who’ve had their claims accepted, many insurers are being accused of being too slow in paying out. The process of settling claims is taking longer than anticipated and according to data released from the FCA, one major insurer hadn’t made a single payment to its 3,700 eligible policyholders five weeks after the Supreme Court ruling. But the insurer has apparently started resolving the issue since that became public knowledge. 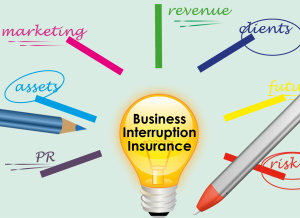 Another insurer had only paid out on 151 claims out of 4,500 at the start of March. Other insurers have only made interim payments and many policy holders are very unhappy about the value of their payments. Insurers in many cases are not offering to pay the full value of claims and a few policyholders have even been told their value is zero.

Since the first lockdown, business interruption policies will have been amended to clearly state what is and isn’t covered, removing any ambiguity, so policy holders know whether they are entitled to claim under any future lockdowns.

Hopefully, with the continued publicity and pressure being applied to the insurers, the whole process should start to gather pace. Time really is of the essence because the insurance pay outs will act as a lifeline for thousands of businesses and enable them to survive a pandemic that has decimated so many small firms across all sectors.

To find out more about business insurance, please click here.