Worse things happen at sea | A blog by Business Butler

In recent articles P&O Ferries have come under fire after letting go of 800 workers, replacing them with Indian agency workers and paying them less than £2 an hour. According to a union, they have claimed that the P&O Ferries crews in Dover are being paid a shocking sum of £1.81 an hour. Imagine trying to live off those wages, it would be practically impossible.

The Rail, Maritime and Transport union (RMT) have said that with how low the rate of pay is “shocking exploitation” and “a betrayal of those who have been sacked”.

P&O have gone on to say that the figure given was inaccurate and that they were not allowed to comment on how much the agencies pay the workers on the ferries.

P&O have some ferries registered in Cyprus which means they don’t actually have to pay the UK’s required minimum wage. Firms that use UK ports tend to register their ships in other countries so they can get away with paying lower wages to workers. 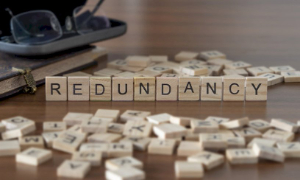 The current minimum wage for UK workers within the age bracket of 23 and above is £8.91 per hour. Comparing the UK’s minimum wage to the wage of the P&O Ferries workers is ridiculous, imagine having to account for your rent, bills, and disposable income on less than £2 an hour. I know I certainly wouldn’t be able to!

“Maritime employees have not, in this country, indeed throughout much of the world, receive some of the same benefits and protections that exist otherwise for workers and this is simply not good enough and it’s a practice we have been seeking to the end.”

He also went on to say that ships within UK waters operate under international laws governed by treaties, so UK laws don’t always apply. He added: “These complication allow for employers to take advantage in a way that we’ve seen I think with P&O Ferries.” 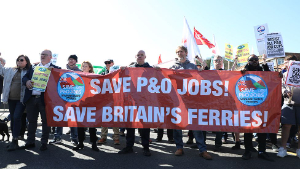 Louise Haigh the Shadow transport secretary said that the government ministers had “completely failed to act” and the pay rates that have been reported were “nothing short of a betrayal of the workers who protected this country’s supply chain during the pandemic”. It isn’t nice seeing such essential workers being mis-treated so poorly. An example of how badly these workers are being paid is, if the workers were doing 40 hours a week, on £1.81 an hour, which would come to £72.40 a week, which would be £3,620 annually given if they have holidays, which I doubt they do given the whole pay debacle.

On the bright side, P&O is said to have to pay £36.5m in compensation to the 800 workers they sacked. It is understood that the staff who accept the pay-outs have to sign a nondisclosure agreement saying they won’t disparage the company. It’s not a good look P&O not taking accountability for their wrong doings. You’d expect to be paid no matter what after being treated so poorly and getting fired without any warning. Employers cannot sack workers with the drop of the hat, it’s not fair, it’s not allowed, and compensation is in order when such events take place. Mr Shapps added that they were using the agreements to “keep the employees quiet” and accused P&O of acting in a “shameful and unacceptable way”. The company believes that the settlement would end up being the “largest compensation package in the British marine sector”. The pay-outs are linked with how long the worker's service was with the company. In some cases workers could be seeing over £170,000 coming their way, only if they sign the agreement of course…

Damage to the brand

They need to take accountability for their actions and stop treating their workers so badly. Protests have been taking place outside of the London offices of the P&O owners in retaliation to the awful conduct they have been conducting. A former worker for P&O Ferries named John who was based in Dover said the redundancies were “a catastrophe” for everyone involved and he believes the company’s chief executive should resign. He also went on to say: “A company who had built up its reputation over 180 years just to be trashed in one single morning of madness by those responsible. “It’s not just a job, it’s a home and to be kicked off the ship in the most unceremonious way… it’s a catastrophe for all our lives,” 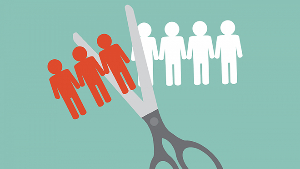 P&O Ferries have said that 575 of the 786 workers fired by the business are discussing the severance pay offers. Some workers are set to receive the equivalent to 91 weeks of pay. Furthermore, it is said that more than 40 of the sacked workers will receive more than £100,000, and no worker will be receiving less than £15,000. Sure, it’s great that they are handing out compensation packages but P&O has lost a lot of reputability and respect within their sector.