Is Quiet Quitting just a workplace trend? | A blog by Business Butler

Remember when you and your colleagues would often work late just to finish an important project or start earlier at your boss’s request? Maybe you took your work home just to get the job done? Going above and beyond your contracted hours was seen as a prerequisite and you did so not out of fear of losing your job but because of your diligence and dedication to the company you worked for. Well those days appear to be few and far between because of a growing trend known as “quiet quitting”, which is spreading across social media platforms at a phenomenal rate.

What is quiet quitting?

The name is slightly misleading because it doesn’t mean quitting your job. Quiet quitting is about working your contracted hours and sticking rigidly to your job description. No more flexibility in your duties and definitely not working longer than you are paid for. Some people may think there is nothing wrong with that but in reality it is not the ideal working environment. At the end of the day you are there to do a job and if your boss needs your help on another task or you need to send a quick email outside of office hours, what’s wrong with that? 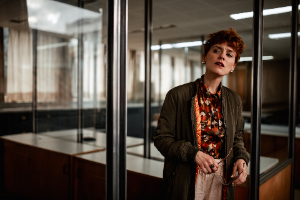 A lot according to members of the new “I’m the boss” brigade. Some quiet quitters adopt the attitude that their employer pays them as little possible, so in return they will work the bare minimum for that salary.

Where and why did it start?

The exact origin of the term quiet quitting is unsure. Although an American TikTokker is credited with first coining the term online, it is believed the movement began in China during the Covid-19 pandemic. However, others state it was being used in the USA five years ago. Have a look online and you’ll see how TikTok and other platforms have facilitated it’s exponential growth worldwide.

Looking at the China theory, it is thought the movement arose as a protest against the long working hours culture that the country is synonymous with. During the pandemic, workers, especially younger ones became frustrated at working additional hours and not receiving the recognition they thought they deserved. In the Western world some have turned to quiet quitting because they have been overlooked for promotion or not received a pay rise.

The emphasis following the mass migration to remote working became all about enjoying a work-life balance and the mindset of workers changed. With the importance of mental wellbeing at the forefront of everyone’s mind many realised that this should take priority over working long laborious hours.

Prior to this you may have heard the occasional term such as “above my pay grade” but the work culture was more about flexibility and going above and beyond, both for the benefit of the employee and that of the business. Nowadays it’s focussed on self-preservation and “acting your wage”.

There is a school of thought that quiet quitting is a way of dealing with burnout, which is a risk that is gaining publicity in the workplace, especially among those in their 20s or Gen Z as they are categorised. The days of loyalty and longevity working for a company seem to have gone for ever. A survey carried out by Microsoft revealed that out of 30,000 workers, more than 50% of Gen Z staff were thinking about quitting their job. Some of this generation have only known working from home (WFH) and their expectations surrounding work are greater than those used to traditional places of work. 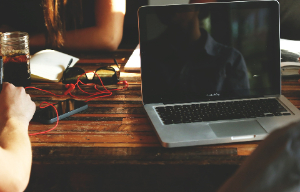 The working environment has changed significantly over the past two and a half years and it would be naive to think it could ever return to how it was before the pandemic. Although the term quiet quitting is relatively new, the concept isn’t. There have always been employees who do the bare minimum required of them for whatever reasons.

Surely this approach to work removes any emotional commitment and pride from doing a job, which rightly or wrongly will have a detrimental effect on career progression. Although with the current times dubbed as the “great resignation” era, it appears climbing up the corporate ladder is not high on the to-do list of Gen Z workers. The shift in workplace culture has spawned another new phrase, “quiet firing”, so it sounds as if the employers are taking back control.

Whether quiet quitting is just a fad that slowly disappears or is a movement that is going to continue snowballing remains to be seen. One thing is certain, the power of social media platforms cannot be understated.

If you have any work-based issues you need help with, then you can speak with one of our HR Experts by clicking