Big Boss may be watching you | A blog by Business Butler

Big Boss may be watching you

Ever since the mass migration to homeworking there has been one big concern facing business owners and managers. Will the staff be as productive working from home (WFH) as they are in the office?

The word trust is often banded about as being a key component in developing long-term relationships between a business and its customers. Trust, however, is equally important in building productive working relationships between bosses and their employees and vice versa. Some of these relationships are feeling the strain as more businesses choose to monitor their homeworking staff through a variety of means.

Workplace surveillance isn’t new and has been around well before the pandemic forced millions of employees to work remotely. In 2013 a BBC investigation revealed Amazon were using scanners at its Swansea warehouse to track the rate employees collected orders. Those who didn’t work fast enough were told they could face disciplinary action. 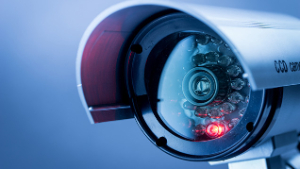 Journalists at the Daily Telegraph newspaper arrived at work on a Monday morning in 2016 and were surprised to find boxes fitted to the underside of their desks. Not sure who made that career defining decision at the London based broadsheet. They didn’t even notify staff of their plans until an email was rushed out later that day explaining that the monitors were installed to improve energy efficiency and would be in place for four weeks. However, following heavy criticism from the National Union of Journalists regarding their surveillance tactics, staff received a memo notifying them that the under-desk sensors would be withdrawn immediately.

In 2017 banking giant Barclays fitted heat and motion devices to check whether desks were being used. The reason, according to Barclays, was for office space purposes.

Barclays were once again attracting negative publicity in 2020 when they installed a computer monitoring system. A spokesperson for Barclays said the software was used to monitor the effectiveness of people’s time spent at their desks. The system had only been in operation for a week before a huge backlash from staff forced Barclays to withdraw it. The news was a nightmare for the Bank’s PR department because it attracted criticism from HR professionals and privacy campaigners.

The examples mentioned above are quite brazen and it beggars belief what sort of reaction senior management expected when they authorised such intrusive measures. These days the emphasis has turned to more covert techniques as managers seek to retain some sort of control over employees working remotely.

Research in the USA revealed that up to 78% of employers surveyed have used digital surveillance tools on remote workers. The technology used has even spawned its own nickname, bossware! The programmes enable employers to monitor when employees are active or idle, check which websites they’ve visited, track keystrokes, record phone calls, chats and emails, access webcams and even take screenshots. As you can imagine the implementation of workplace surveillance technology is causing unrest among employees.

Electronic surveillance of people WFH is increasing in the UK too. The latest poll conducted by trade union Prospect indicates that the percentage of homeworkers being monitored by companies has increased from 24% in April to 32% in October. The age group with the highest rate is the 18 to 34 year olds, where almost 50% are being scrutinised. The poll also shows that the number of workers being observed at home by cameras has risen alarmingly from 5% in April to 13% in October.

Prospect is pushing for greater regulation from the government in relation to use of monitoring technology by employers. This includes making it illegal for employers to use webcams to monitor homeworkers, except when they are in meetings or calls. 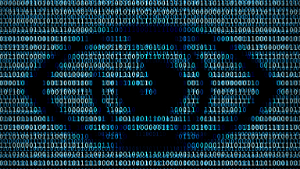 The Information Commissioner’s Office (ICO) requests that employers make staff aware that they are being monitored before the process starts and explain the reasons why. If only someone had given the senior management team at the Daily Telegraph the same advice. The ICO is concerned the detrimental effect monitoring can have on staff and asks employers to consider alternative options such as email correspondence, video or regular phone calls.

The mental and physical wellbeing of employees are contributing factors behind a report by several MPs and peers who are pushing for legislation. They are concerned about the effects of Artificial Intelligence (AI), or to be more precise, the monitoring of staff and setting performance related targets through algorithms.

The report recommends the introduction of a new algorithms act to establish a clear direction where people come first. The act would ensure businesses gauge the effect of performance-driven regimes and workers would be allowed to take part in the design and use of such algorithm-driven systems.

There will always two arguments to this sensitive subject and with productivity concerns a major problem for businesses you can understand the reasons behind such methods but surely there are better ways of ensuring staff reach their targets. There are privacy rights and other legal implications to consider, making this a hot topic for HR consultants.

Technologies like these can cause more harm than good and the all-important working relationships built on trust can start to breakdown causing a rift. As soon as that happens it is extremely difficult to repair the damage.

To speak with one of our HR Experts regarding any of these issues, please click here.