Hybrid working has a negative effect on women’s careers

Following on from two years of mainly positive news about homeworking there appears to be a shift in opinion on its effects on workers, bosses and businesses. You probably remember all the good vibes when the working from home (WFH) revolution was gathering pace. Workers loved the new freedom and bosses agreed that productivity hadn’t suffered, in fact in those early months it had improved.

Fast forward to September 2022 and a couple of recent research articles have cast a cloud over remote working. First there was a survey undertaken by tech giant Microsoft that highlighted a rift in working relationships caused by a lack of trust between bosses and their remote workers. Managers thought those WFH were less productive than their colleagues in the office and the homeworkers obviously disputed such an inflammatory accusation. 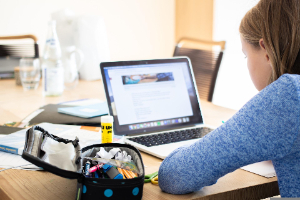 Now new research sheds light on the detrimental effect remote working can have on the careers of those not based in the office. The survey carried out by the Chartered Management Institute (CMI) involved 1,300 managers and revealed that 40% of them had noticed behaviours or heard opinions that implied an unfairness towards remote workers compared to those who were office based. This is having a greater impact on women because they make up the larger proportion of homeworkers due to childcare reasons. The survey showed 48% of male managers work from an office where as only 38% of their female counterparts did. Additionally, female managers were more inclined to think that hybrid working was having an adverse effect on career progression.

Industry experts blame employers for failing to accurately monitor the impact of homeworking and not designing jobs specifically for remote working. They believe that this is exacerbating the gender gap in pay and promotions.

The director of policy at the CMI, Anthony Painter, commented: “Women could end up in a lose-lose situation if employers aren’t careful, needing to balance work and home life through flexible working but missing out on many opportunities that arise through in-person office interaction. That is intolerable and damaging for women and employers alike.”

Further findings from the Deloitte Women at Work report endorses the points highlighted by the CMI. This research disclosed that almost half of female hybrid workers believed they were not getting the necessary exposure to aid career progression and 60% thought they had been omitted from meetings. They also felt they were being left out of everyday conversations and interactions.. Other findings from the report found that when female homeworkers were invited to meetings they weren’t given the chance to speak and office based colleagues were taking credit for their ideas. 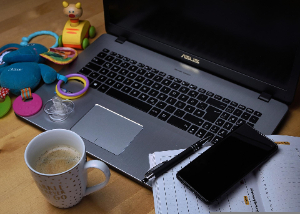 Prof Rosie Campbell, the director of King’s College London’s Global Institute for Women’s Leadership, was “concerned about” the effects hybrid working had on female career progression but believed more research into the subject was needed.

Prof Campbell believed hybrid working may aggravate the current “two-tier workforce” for flexible workers and get trapped in the “mommy track” being unable to advance their careers. This has led to a new “three-tier workforce” consisting of full-time office staff, fully remote workers and hybrid employees.

Missing out on promotion

She also believed there was a discrepancy among employers with regards to how visibility, presenteeism and overworking influenced opportunities for promotion, and added:

“Anecdotally it seems in male-dominated sectors with high prestige such as financial services, there is real pressure to get into the office as many days as possible, and I think that’s deliberately exclusionary.”

The answer to this dilemma, she said, was to design jobs specifically for hybrid working as opposed to allowing the role to develop on its own, otherwise “existing inequalities might be reinforced”.

Judging by the findings from these recent reports it is safe to say that the honeymoon period for remote working is well and truly over. Anything that makes the gender pay and promotion gap worse or doesn’t help close the divide needs to be addressed and resolved as a matter of priority. Only when this is done will we be able to hear favourable reviews of remote working again.

Business Butler is an on-demand talent platform that connects users with a panel of vetted business experts who specialise in a range of disciplines including marketing, law, finance and coaching. To find your ideal expert please click here.