Hybrid workers are less productive | A blog by Business Butler

Feedback following the mass migration to remote working has by and large been positive. The concerns raised by business owners and managers about productivity levels falling were brushed aside and even the doubters were forced to admit it was proving to be a resounding success. CEOs of some of the leading corporates stated, prematurely as it seems, that they would not be recalling staff back to their offices, well at least not on a full-time basis. Hybrid working was the future and millions of workers across the globe were delighted.

However, a new survey carried out by tech behemoth Microsoft has cast doubt on those initial findings. The survey reveals there is a disparity between the perceptions of bosses and workers regarding the impact that working from home (WFH) has on productivity. Bosses are still concerned whether remote workers are as productive as their office-based colleagues. In an interview with the BBC, Microsoft CEO, Satya Nadella said that there is a “productivity paranoia” that workplaces need to overcome. The company questioned 20,000 staff across 11 countries for this major survey. Although 87% of workers believed they worked just as efficiently, or more so from home, 80% of bosses didn’t agree. 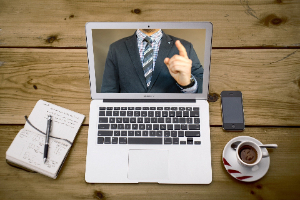 Mr Nadella said there was tension that has to be resolved because it was improbable that workplaces would ever return to work habits displayed before the pandemic.

"We have to get past what we describe as 'productivity paranoia', because all of the data we have that shows that 80% plus of the individual people feel they're very productive - except their management thinks that they're not productive.

"That means there is a real disconnect in terms of the expectations and what they feel."

This rift indicates that workers who have adopted the hybrid model are reluctant to return to pre-pandemic working patterns. The tech giant says that trillions of productivity signals across Microsoft Office are continuing to increase, which endorses the opinions of those workers in the survey.

Conversely, the study also shows that 85% of bosses said the transition to remote working meant it was difficult to have confidence that employees are being productive. Microsoft said this has resulted in some businesses using tracking technology to measure productivity among workers. This has a detrimental effect because monitoring undermines trust between employee and employer, which leads to workers taking extreme measures to look as if they are busy working – a practice known as “productivity theatre”.

Microsoft believe that because employees are not in the office, managers are missing the key signs of productivity which has led to paranoia about staff not working as industriously as they should be. This type of reaction could mean that hybrid working is not a sustainable option. The survey also highlights that 81% of employees rated the prioritisation of their work by mangers as important. However, less than a third had ever been given clear guidance from their managers during one-to-ones.

Looking at the bigger picture, Mr Nadella and Ryan Roslansky, CEO of Microsoft-owned LinkedIn, agreed that companies were facing the biggest change in working patterns in history. Although the number of remote working jobs advertised on LinkedIn escalated during the pandemic, data indicates that those positions have since peaked. Mr Roslansky told the BBC that on average there are approximately 15 million job vacancies on LinkedIn and before the pandemic only 2% of these were remote working. During the pandemic this rose 20% and has since fallen to 15%. 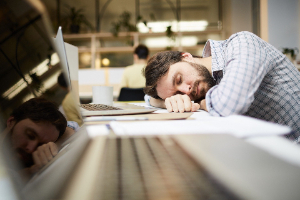 Mr Nadella was keen to point out that with a severe shortage of labour, employers are having difficulty in recruiting, motivating and retaining staff. This is a challenge that effects Microsoft too, as he explains here:

"We had 70,000 people who joined Microsoft during the pandemic, they sort of saw Microsoft through the lens of the pandemic. And now when we think about the next phase, you need to re-energize them, re-recruit them, help them form social connections."

Employees at Microsoft are able to WFH for up to 50% of the time but anything over that requires approval from management or a change to working part-time.

Several other tech giants are facing the same difficulties when trying to implement new working patterns. Workers at Apple are resisting demands to return to the office for three days a week. While Elon Musk, CEO of Tesla, wants staff to return to the office for 40 hours a week and sent an email to employees stating: “If you don’t show up, we will assume you have resigned.”

These challenges are not restricted to the tech sector. Earlier research revealed that one in six workers are considering resigning because their employer is demanding they return to the office. Messaging app Slack surveyed 1,000 employees across sales, telecoms, IT, legal, media and marketing and almost 30% were contemplating changing jobs. Although salary issues were stated as the main reason to resign, 16% said it was because they were being ordered to return to the office. The report also revealed that 20% felt their boss favoured office staff over remote workers, which ties in with the friction that Microsoft discovered with their survey. Businesses that offered hybrid working on the other hand were less likely to suffer from resignations.

The dynamics in the working environment have changed. With record numbers of job vacancies, employees now have the power and can cherry pick a job that matches their work-life balance. Having been asked by employers to adapt to a new way of working at the start of pandemic, it is the companies that now have to adjust or risk losing their most important asset.