Businesses urged to slash prices | A blog by Business Butler

A new government campaign has begun to try and get businesses to reduce their prices for consumers. On Monday evening the new tsar at Number 10, David Buttress, asked business leaders their ideas on “how to help” fight the cost of living as it keeps rising.

In a BBC article it was discussed that a government source has given information to the broadcaster concerning the government’s plans to not provide funding to businesses to help them cut their prices. This makes sense but obviously the whole ordeal of slashing prices would be easier if the government could provide some level of backing towards the cause. Personally, I think a level of funding is needed as business owners still need to make their money and that process is getting harder due to the on-going rise of the cost of living in the UK. 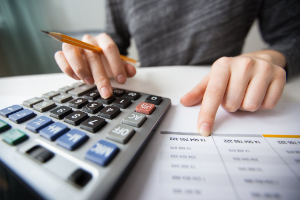 Next month a new taxpayer-funded advertisement campaign will begin to start promoting the new initiative. The campaign will be focused on recognising the efforts businesses are putting in to help consumers with the rising cost of living and going on to “amplifying and channelling them”. This should then go on to encourage other businesses to do the same.

Asking for advice from the CBI

David Buttress told the leaders at the CBI on Monday night that he wanted their “best ideas on how to help”. He also used in his speech examples of how some private companies could help saying: “extending mobile phone company social tariffs'', “learning from the success of Gregg’s breakfast clubs''. This is where the bakery chain allows a free breakfast to some children of school age, and also helps popularise certain apps that sell off cheap food that would go off and go to waste otherwise. An example of an app that does this is ‘Too Good To Go’, this app allows you to see when businesses or chains are throwing out food and you can go and grab it either for free or for an extremely discounted price. This app is very popular and useful for university students. Me and my flatmates would go on to utilise it many times spanning the time of our courses.

Four key times of the year

Just Eat’s former chief executive has recently mentioned that there were four points in the year that businesses could actually help out and cut prices to help the nation. These four points of the year were; summer holidays, children going back to school for the new term, inflation increasing in Autumn, and everyone’s favourite… Christmas! Well that leads one to think, well why aren’t they cutting the prices if they can afford it? Especially huge companies who can really afford it. Hopefully now, with this initiative some of the bigger companies will bow down and give a helping hand.

Soon the government will be “rolling out the official name with branding and logos shortly, David Buttress said. The slogan is still being decided currently but it is said to promote a message about giving a helping hand during tough times. Businesses could and should display to give them “kudos” as a government source has put it. By helping out by cutting their prices for the customers using money they would otherwise be using on marketing and advertisement.

After the pandemic hit businesses so badly, the government launched the ‘Eat Out To Help Out’ scheme to help give some support to businesses within the hospitality sector. This scheme allowed people to get a 50% discount on meals and drinks up to £10 on Mondays, Tuesdays, and Wednesdays. This scheme really helped benefit businesses who work within hospitality as the hit on them from the pandemic was so bad because no one could or really wanted to go out and eat. 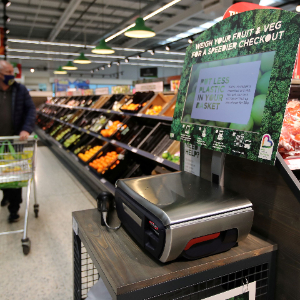 In order for the scheme to work, the government gave funding to these businesses to fund the discount for consumers. It’s understood that the government's latest scheme will not be providing money to businesses in order for them to slash the prices. Rather than that, instead it will work by the taxpayer funding a public information campaign highlighting the name, logo and what deal and support are available for use from the sector.

Chris Philp who is the technology minister told Sky News recently that there are definitely no “easy fixes” to solve the inflation problem and he does not believe that pay rises would help in the grand scheme of things. He also added “If we have a series of across-the-board pay increases for everybody, then what is going to happen is that is just going to see even more inflation.” He is spot on with that, as anyone who slightly understands inflation would tell you, more money equals more problems. Giving out money would just cause more inflation and a bigger hole to dig out of.

What are your thoughts on this? Do you think this campaign will help in the grand scheme of things? If you work within this sector will you be going along with it trying to help out?