A helping hand for employees | A blog by Business Butler

A helping hand for employees

With the cost of living escalating upwards it was refreshing to read that the luxury motor company Rolls-Royce is paying their staff £2,000 to help with the economic crisis. The engineering firm has said that it’s the first ever payment they have made that isn’t performance related but rather due to the economic climate.

Easing the cost of living

The company has given the £2,000 help benefit to over 14,000 staff. This is due to the constant rise of the cost of living that has been going on and affecting everyone recently. The payment is one-off and is being given to junior management and the shop floor staff who are primarily based in Rolls-Royces’ two biggest workplaces in Bristol and Derby. This accounts for 70% of Rolls-Royce’s UK employees, which amounts to approximately 20,000 people. 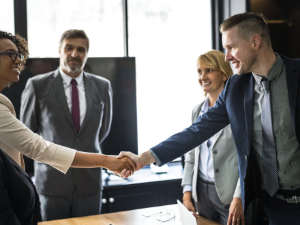 A spokesperson from Rolls-Royce came out and said that the offering of the money was “to help them through the current exceptional economic climate”. He also added that this was indeed the first instance where the engineering firm has paid cash towards economic climate and not performance based bonuses. The spokesperson also said: “In addition, we are offering our shop floor staff the highest annual pay rise for at least a decade, backdated to March, and together these measures represent around a 9% pay increase for them.”

Around 3,000 employees of Rolls-Royce, who are primarily junior managers for the company, are set to receive their money in August, the other 11,000 employees will have to wait until it is approved by the union Unite which represents them. Rolls-Royce are also kindly offering their 11,000 shop floor employees a pay rise of 4%. Imagine hearing in a company memo that you are set to be given £2,000 and a pay rise of 4%, I’m sure that’s a good way to start your day!

Data from the firm Kantar has recently stated that the annual bills for food is set to rise by £380 this year. The inflation of the grocery prices has flown up to 8.3% within the last four weeks up to the 12 June. Furthermore, energy prices have risen in the UK alongside petrol and diesel prices soaring to record highs and on-top of that, the rate of inflation in the UK has hit 9% in April which is the biggest rise that has happened in the last 40 years.

In other news about employers helping employees due to the economic crisis is Nicola Ryan from One and All, which is a company that specialises in school uniforms, and has been worried about her co-workers due to the impact of prices. She has been worried about the impact on mental health trying to manage household budgets with prices flying up. “We’re in a real crisis,” says Nicola whose role is director of colleague support. She also added: “We know [staff are] really worried.” One and All has decided to help out by increasing wages by 4.5% for everyone expert for their directors. Usually this level of increase would seem very generous but with the rising costs it doesn’t go that far and is falling short slightly. 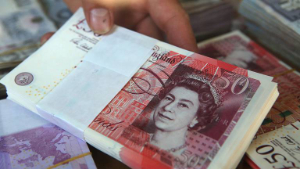 It’s great to see companies helping their employees during this crisis and it would be good to see every company [if applicable] follow in their footsteps as this is a very gruelling time for the UK population. What are your thoughts on this? Has your company done anything to give a helping hand towards the crisis? Do you think more companies should follow suit?