The Kickstart Scheme has been extended | A blog by Business Butler

The Kickstart Scheme has been extended

Rishi Sunak, the Chancellor of the Exchequer recently announced that the Kickstart Scheme has been extended until March 2022. The scheme gives employers funding for creating jobs for 16 – 24 year olds who are on Universal Credit. The Kickstart Scheme was launched in September 2020 and was allocated £2 billion in funding to provide 250,000 high-quality jobs for young people following the economic hardship caused by the pandemic.

The overall aim of the scheme is to provide career opportunities and prevent youngsters from becoming long-term unemployed, which is vital for the UK’s future, as Sunak explained when the scheme was launched:

“Our country’s future will be built by the next generation, so it’s vital that we harness the talent of young people as we rebuild from the pandemic. But this isn’t just about kickstarting our economy, we’re giving opportunity and hope to thousands of young people, kickstarting their careers and offering them a brighter future.” 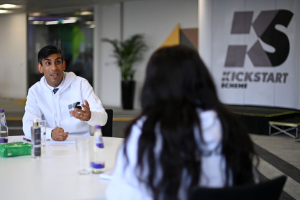 The scheme is open to employers of all sizes and they now have until 17 December 2021 to apply for funding, although employers can stagger job start dates up until 31 March 2021. The funding covers 100% of the National Minimum Wage – or National Living Wage depending on the age of the participant – for 25 hours per week for six months. The funding also includes associated National Insurance contributions and minimum automatic enrolment pension contributions..

The hope is that at the end of the six month placement employers will be able to offer permanent positions and there is further financial support available to help with this.

Hundreds of gateways were set up, these are organisations that act as intermediaries to help employers with the application process and assist in obtaining funding for the jobs created.

Although the scheme was welcomed it has not been without controversy and there were conflicting figures regarding demand for places during the first few months with the government’s figures appearing to contradict industry statistics.

Jobs created in most sectors and regions

The most accurate figures now show that up until September 2021 there were 77,900 participants who started a Kickstart job and 196,300 positions have been made available for young people to apply through the scheme.

Administration has been the sector with the greatest number of roles created, with a total of 48,700. Followed by retail and sales, 30,400; hospitality and food, 21,900; and creative and media with 15,400 positions. Less mainstream sectors have also welcomed participants, including sports and leisure; travel and tourism; science and research; and transport.

Geographically, the roles filled versus those created is divided quite evenly, ranging from 34% in Wales to 46% in the North East. However, statistics can be misleading because both of these examples are also the lowest in the UK for the number of jobs created; 3,740 and 3,610 respectively. London, unsurprisingly, is where the greatest number of job starters were based, a total of 16,670, followed by the North West with 9,830.

Problems with the application process

Judging by the latest figures, demand for places hasn’t met anticipation and is probably the main reason why the scheme has been extended. Another factor maybe down to the difficulty employers have been experiencing with the Kickstart process. 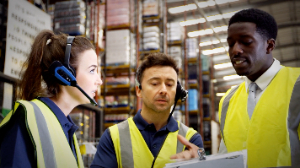 The scheme has been well received by employers across the UK but the majority of them believe there is scope for improvement. The complexities of applying and the time it all takes are a couple of issues that have proved troublesome.

The announcement about the extension came at the Conservative Party conference and Sunak promised further measures to help young people. These included extending the apprenticeship scheme, which pays £3,000 to employers who take on apprentices; and 2,000 scholarships for disadvantaged youngsters in Artificial Intelligence. There will also be £500 million made available to help people return to work.

“The job is not done yet and I want to make sure our economy is fit for the future and that means providing the support and skills people need to get into work and get on in life.”

The government is nowhere near its target of 250,000 jobs by the end of 2021, and how many additional jobs are created from the three months extension remains to be seen. The important point to note here is not so much the actual numbers but the positive effect the Kickstart Scheme can have on each individual. The six month job placement can equip young people with transferrable skills and set them on the path to a rewarding career - an opportunity they may not have been given without the scheme.

If you have any questions about the Kickstart Scheme please click here.

Business Butler is proud to support the Kickstart Scheme and have a of number of vacancies available across all departments. For more information please email: enquiries@businessbutleruk.com