Portugal has made it illegal for employers to contact staff by phone, text message, or email outside of their normal working hours. The ground breaking legislation titled ‘right to rest’ is aimed at improving work-life balance following an increase in the number of remote workers.

Portugal's Minister of Labour and Social Security, Ana Mendes Godinho, addressed a conference in Lisbon last week and said that "telework can be a game-changer" but its growth needs to be regulated.

"We consider Portugal one of the best places in the world for these digital nomads and remote workers to choose to live in, we want to attract them to Portugal.”

There is a temporary resident visa scheme already in place that has been successful in attracting entrepreneurs and freelancers, The island of Madeira has gone even further by providing free WiFi and office desk facilities in a digital nomad village. 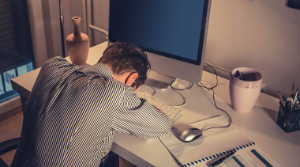 Portugal is not alone in its approach to attracting roaming entrepreneurs and footloose freelancers because Barbados and Croatia have also introduced digital nomad visas.

The legislation goes on to state that any company with more than 10 employees could be fined if they contact employees outside of their contracted hours. There are new rules for remote working staff who have children. Parents no longer need approval from their employers to work from home and can do so until the child reaches eight years of age.

The new rules mean that businesses may also have to pay towards additional expenses incurred by working from home (WFH), such as electricity or gas and internet costs. They must also ensure remote workers have all the necessary equipment to carry out their work.

A key part of the legislation means that employers are forbidden from monitoring homeworkers, something that is happening at an alarming rate in other countries, including the UK. As part of anti-loneliness measures, companies must arrange twice monthly, office based meetings for all remote workers with their supervisors.

Homeworking in the UK

Once the initial novelty of WFH wore off it was noticeable that homeworking wasn’t as appealing as first thought. More than 40% of remote workers in the UK were working an extra 6 hours unpaid overtime per week on average, compared to 3.5 hours for office based staff.

Although WFH provides benefits to employers and staff there are concerns that the additional work is having a detrimental effect on physical and mental wellbeing. Homeworking was seen as the ideal solution for working parents but as the boundaries between work and home began to blur, employees faced additional pressures.

Even though studies prove that homeworking can be more productive than working from an office, more businesses are communicating with their employees outside of contracted hours.

At the moment there is very little legislation dedicated to remote working. The massive increase in what was a relative new phenomenon prior to the pandemic means homeworking has outstripped current labour laws. You may be able to claim tax relief for additional household costs if you work regularly at home and you cannot work above the 48 hour average weekly limit. But apart from that there is nothing specific to protect those WFH.

The conciliation service Acas say employees are entitled to the same rights when WFH. These include the right to an uninterrupted break of at least 20 minutes if working for more than six hours a day. Workers need at least 11 hours uninterrupted rest between finishing work and starting the next shift the following day. 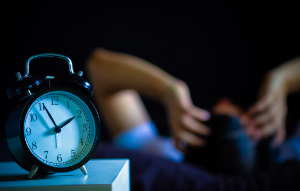 What about other countries?

Several European countries were prepared for the mass migration to homeworking and introduced laws before the pandemic struck. French workers have been able to ignore out of hours business emails since a new law was passed in 2017. Both Spain and Italy introduced legislation before the pandemic around the 'right to disconnect.' This allows employees to switch off any devices to avoid being distracted by work related issues in their leisure time.

In Germany it is the companies not the government that have been proactive. Giant corporate brands including Daimler, Siemens and Volkswagen have set out agreements under a right to log off for workers and have used technology to enforce this. An example of this is employees at Volkswagen cannot access emails on their smart phones between 18:15 and 07:00.

Workers in Ontario, Canada could soon be able to enjoy the ‘right to disconnect’ when they finish their shifts. Ireland devised a Covid-19 conscious code which gives workers the right to not work outside normal working hours.

Portugal may be the first country to pass legislation stopping out of hours communication from employers but they certainly won’t be the only one. There is a growing movement for a right to disconnect for UK workers and it is only a matter of time before workers won’t have to relocate to Portugal to enjoy such benefits.

To speak with one of our HR Experts regarding any work-related issue, please click here.